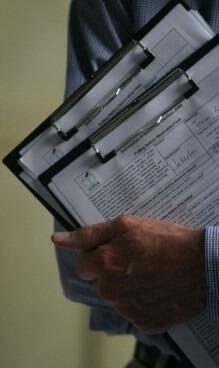 National Elections Across Democracy and Autocracy

Note: Access to data available under the contact heading below. If you use the NELDA data, please cite the following article: Susan D. Hyde and Nikolay Marinov, 2012, Which Elections Can Be Lost?, Political Analysis, 20(2), 191-201.

The current codebook is available here in .pdf format.

The National Elections across Democracy and Autocracy (NELDA) dataset provides detailed information on all election events from 1945-2020. To be included, elections must be for a national executive figure, such as a president, or for a national legislative body, such as a parliament, legislature, constituent assembly, or other directly elected representative bodies. In order for an election to be included, voters must directly elect the person or persons appearing on the ballot to the national post in question. Voting must also be direct, or "by the people" in the sense that mass voting takes place. That voting is "by the people" does not imply anything about the extent of the franchise: some regimes may construe this to mean a small portion of the population. However, when voting takes place by committee, institution or a coterie, the "election" is not included. By-elections are not counted as elections for the purpose of this project, unless they take the form of midterm elections occurring within a pre-established schedule. In federal systems, only elections to national-level bodies are included. Cases in which any portion of the seats in a national legislative body are filled through voting are included.

Beyond these basic requirements, elections may or may not be competitive, and may have any number of other ostensible flaws. In fact, this last feature of the dataset is what separates NELDA most clearly from other available datasets on elections.

The unit of observation is the election round. All rounds of an election are coded, regardless of the number of seats remaining to be filled. In the 1994 Ukrainian legislative elections, six rounds were held, with fewer than 10% of the legislative seats up for grabs after 4 rounds of balloting- all six rounds appear in the dataset.

When deciding what counts as a new election and what is a follow-up round to an election already underway, we ask (1) whether the regime calls the election a new one; (2) whether candidates are allowed and/or required to register again. Positive answers imply a new election. By this rule, the rerun of the second round of the Ukrainian Presidential election of 2004 counts as a third round: the set of continuing candidates was based on rounds one and two. In contrast, when the results of the November 2, 2003 legislative election in Georgia were cancelled, the legislative election of March of the following year is coded as a new election: new registration lists and candidates were allowed.

Indirect elections are not included. Thus, in the 1983 presidential election in the Arab Republic of Yemen, the President was re-elected for a second 5-year term at a meeting of the Constituent People's Assembly - causing us to drop this election. We do not include Chinese legislative elections because the people do not directly vote on Deputies. However, presidential elections which involve an electoral college such as those in the U.S. and South Korea are included because the electoral college mechanically implements the outcome of a popular vote. An example of a special case is the 1970 presidential election in Chile, where the legislature elected Salvador Allende to the presidency after he won a plurality of the popular vote. The Chilean constitution required that if no candidate won a majority of the popular vote, the legislature would select between the top two vote-getting candidates, and tradition dictated that the legislature would select the candidate who received the largest number of votes. The 1970 Chilean election is included because a popular vote took place, and the indirect election within the legislature was determined by the popular vote. Another borderline case is Kenya in the 1970s, where voters cast a ballot for a deputy to parliament knowing that each deputy supports a particular presidential candidate, and that the presidential candidate supported by a majority of elected parliamentarians would be confirmed as president. We counted this peculiar system as a direct election of both the President and the legislature, and we code the two as two separate events (in part, to distinguish the different choices voters may have had with respect to the lists of parliamentary and presidential candidates.)

Most referenda are not included as elections, with one important exception. Some referenda on continued rule are functionally equivalent to presidential elections in single-party regimes, which are included in this study. Therefore, we include referenda when they are direct votes on candidates, most commonly referenda that ask voters whether they would like the incumbent to continue in office or not. If any referendum is a direct vote on the incumbent candidate's continued rule, it is included as an election. The 1988 referendum on the continued rule of Augusto Pinochet, therefore, counts as an election. Referenda that extend a leader's term in office but that are not leader-specific are not included as national elections. For example, we do not include constitutional referenda that change the length of term limits or that make some parties illegal. Thus, although there was a referendum on a new constitution in Equatorial Guinea on August 15, 1982 that also provided for an extension of the President's term in office, the event was not counted as a direct election in the NELDA data.

Sometimes, elections are cancelled immediately before, during or after election day. We include elections if and only if voting on election day has, in fact, commenced. This decision rule holds regardless of whether the balloting was not completed or was eventually cancelled, whether the results were never announced, or whether there were no "consequences" from the voting (such as a power succession).

At present, all independent countries are covered (as defined by Gleditsch and Ward's List of Independent States) from 1945 to 2020. See the countries covered section of the codebook.

In addition to basic attributes, there are 58 variables coded for each electionid. Please see the codebook for detailed descriptions of the variables. For all but three of the 58 variables, there are only four possible values: "yes", "no", "N/A", "unclear." Answering "unclear" means there is not enough information to answer the question, either because sources are unavailable, sparse, or the available information seems to conflict in ways that undermine both "yes" and "no" answers. "N/A" represents not applicable, and is used when the question does not make sense given the context of the election event, such as asking whether the incumbent won when the incumbent did not run. The 58 variables are labeled numerically as "NELDA1", "NELDA2", "NELDA2", and so on. For each variable, there is another associated variable allowing a free-text note clarifying the coding decision, with the note clarifying the variable NELDA1 named "NELDAn1".

In multiple round elections, results from the very last round of that election are never coded in an previous round's variables. The variables coded for each election round should reflect only the status of the election at the point of that particular round. For example: NELDA39, "Was the incumbent replaced?" should reflect the status of the incumbent at the end of that particular round, not whether the incumbent was replaced in subsequent rounds. Thus, the answer is usually "no" until last round of the election unless the incumbent has been formally succeeded by someone else at the conclusion of a non-final round. Some attributes will not change between rounds and will be the same for all rounds. For example, in elections in which the government harasses the opposition, this variable is unlikely to change significantly between rounds, but the coding rules allow for this possibility.

The list of countries covered follows Gleditsch and Ward's List of Independent States. All states in existence for any period between 1945 and 2020 are included. The full list of countries included and years covered is provided in the codebook. Micro-states are included starting with the 5.0 release. Coverage dates follow each included country, and if the beginning year is not 1945, it is equal to the country's date of independence.

Primary sources used to code NELDA variables include those listed below, although other sources were used when required, such as detailed case histories of specific countries. In some cases our data conflict with existing data on elections, and we have made extensive efforts to uncover sources of disagreement and ensure consistent coding.

Elections in the Americas: a data handbook edited by Dieter Nohlen (two volumes, hard copy only).

Keesing's Record of World Events (used through 2016, no longer available to coders)

Factiva--starting in 2018 during a period in which Nexis Uni was not functional, and continuing as an alternative resource to Nexis Uni

Version 6 of the NELDA dataset is now available, including 1945-2020. The updated data include all elections for national office in all independent states, including microstates. Users of Versions 1-5 should be aware that a number of corrections were incorporated into each update. If you notice any errors, please let us know.

The data is currently available with Presidential, Legislative, and Constituent Assembly elections coded as separate observations, even when they occur on the same day. Many researchers may want to collapse the data into observations in which all same-day national elections are treated as combined observations. A Stata .do file that collapses the data into single day election events is available for download with the data.

A link to the NELDA data download form is here, or embedded below.

Please feel free to contact us with any questions or suggestions.